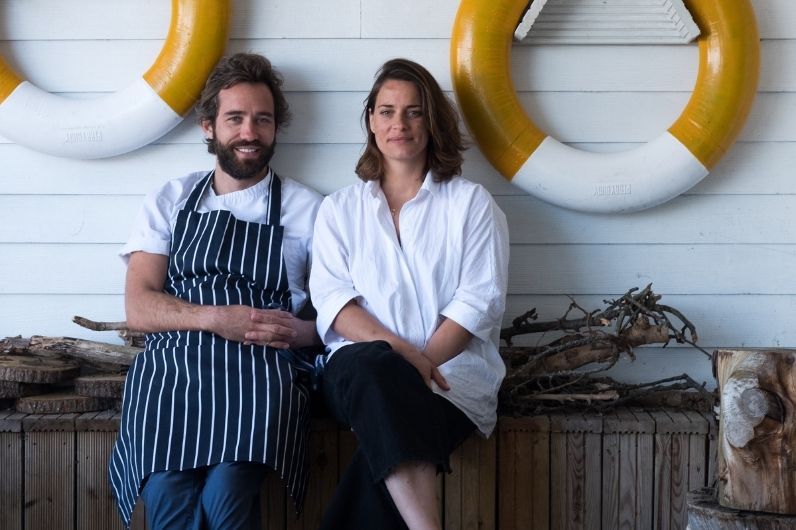 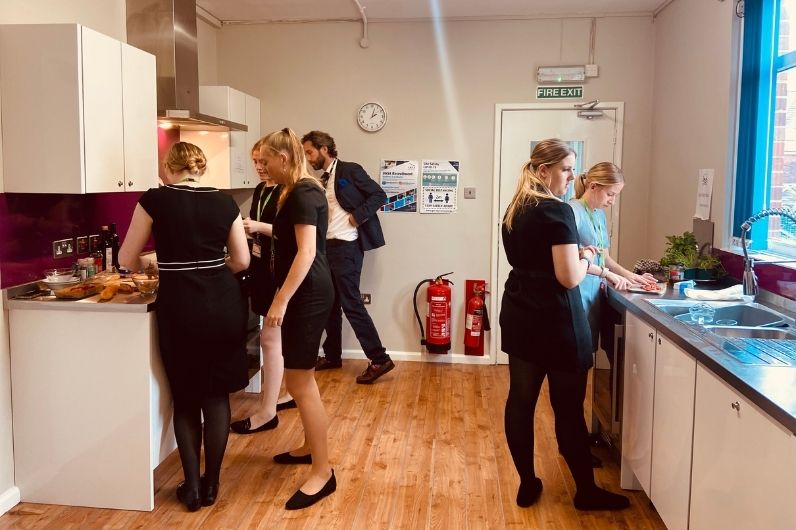 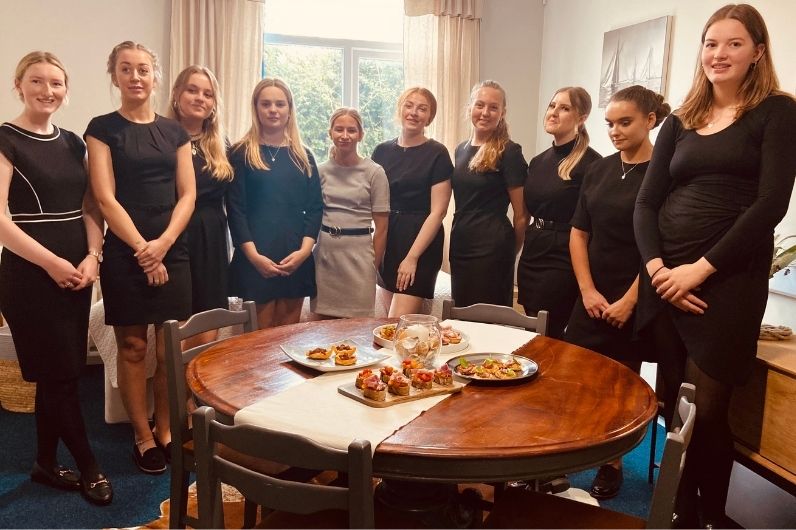 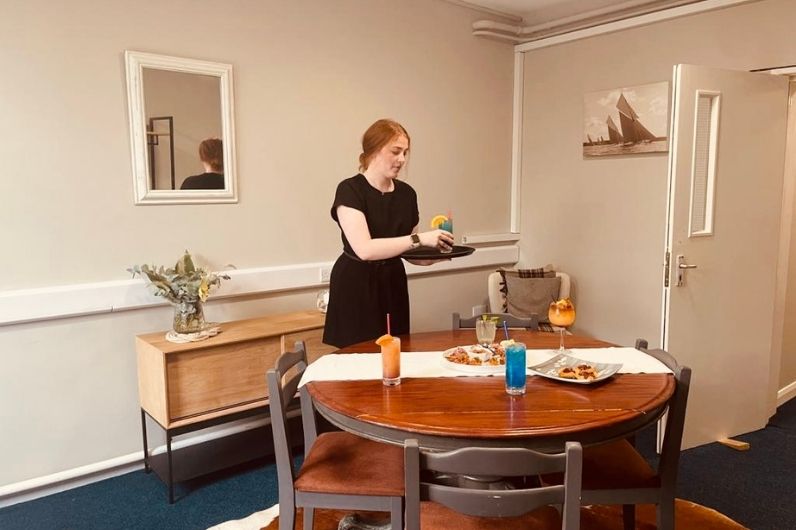 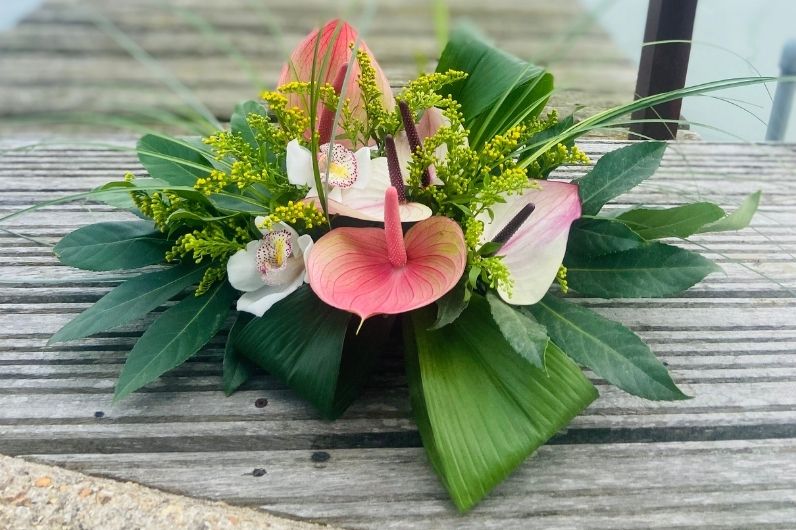 UKSA, the leading maritime education and training charity, is today announcing a new and exclusive collaboration with the team behind award-winning – The Little Gloster Restaurant and Rooms, a famed Isle of Wight bolthole run by Ben and Holly Cooke. As a result of the new partnership, UKSA has launched two new facilities in its training centre, a fully equipped cabin/dining room, alongside the superyacht galley and laundry room, giving students a comprehensive superyacht simulation experience.

The collaboration will see Ben and Holly run the SY interior training of the students that have signed up for the immersive twenty one day UKSA Superyacht course. These new standards have been specially designed by industry experts, who have worked in the superyacht industry themselves, to meet the growing demand for well-trained professional crew onboard some of the world’s most luxurious yachts.

The Superyacht Hospitality course is a unique programme designed to equip students with the knowledge and skills required to work as a steward/stewardess in the fast-growing superyacht sector with a focus on going above & beyond industry expectations.  As part of the course, students will be trained by Ben & Holly to deliver exceptional levels of service and will leave fully appreciating the attention to detail expected onboard 7-star luxury vessels, which will set them apart from other international candidates applying for the same roles.

Over their time with Ben and Holly, they will be introduced to the world of high end hospitality including Wine & Cocktail Appreciation (including Practical and Theory based learning), Laundry and Housekeeping Skills, Event Planning, Service Skills (including Silver Service), Floristry and The Little Gloster’s Super Yacht 101 – a super yacht service philosophy developed by The Little Gloster for the course specifically, as well as other practical essentials to succeed with onboard employment. Students also receive qualifications including Food Safety, Fire Prevention and First Aid.

Chris Frisby, Director of Training and Operations at UKSA, comments: “The new collaboration with Ben and Holly further enhances our course and gives students a unique and rounded learning experience from experienced hospitality experts. The world’s most luxurious superyachts require the very best crew, and we believe this new collaboration will give our students the edge.”

Originally from the Isle of Wight, Ben completed some of his own Super Yacht Training at UKSA, undertaking the Competent Crew course before completing this powerboat licence and superyacht ticket, whilst in his twenties. Having worked in kitchens from a young age, Ben honed his skills with classical French and English chefs and went on to work with Michelin chefs from around the world including New Zealand and Sweden in various roles, including being a private chef in St Anton and Klosters.

He worked aboard superyachts for five years, cooking for Middle Eastern royalty and an adventurous private owner who avoided the usual Mediterranean destinations, opting instead for explorations to the northwest passage, Galapagos and other unique destinations across the globe, before returning to the island to set up The Little Gloster Restaurant & Rooms in 2010, shortly before meeting Holly.

After studying fine arts at the prestigious Central Saint Martins – University of the Arts in London, Holly worked in several media-based roles including roles at Tatler and Vogue before focusing on PR and Events.  Working with brands such as Dolce & Gabbana, Moschino, Agent Provocateur, Matthew Williamson and Versace; Holly managed and coordinated the press launches and events in the UK and internationally (based between NYC, Milan and London), honing her skills in luxury event and brand management before meeting Ben and moving to the island to help develop The Little Gloster shortly after its launch.

After a successful ten years, with accolades including The Good Food Guide ‘Best Local Restaurant’ in the South & Overall winner across the UK, The Little Gloster, featured in the Michelin Guide, also won various awards for their beautiful seaside boutique hotel.  The duo gained a reputation nationally & internationally for going above & beyond their guest expectations, focusing on the importance of the finer details and team training, with many of their team succeeding in Super Yacht roles after their time at The Little Gloster.  They now share their time between developing a new Cookery School & Food Photography/Film studio whilst also working at UKSA, specialising in the Super Yacht Training Industry.

Holly comments: “We are absolutely delighted to begin a new collaboration with UKSA and impart our knowledge of the luxury hospitality sector to students. Crew will be expected to deliver exceptional levels of service and focus on the finer details, setting themselves apart from the competition.  Our aim is for students to leave the course, brimming with confidence and the skills to step aboard their first super yacht with the right attitude and skillset to succeed. “It’s not just about making a great cappuccino; it’s about making the perfect cappuccino.”

Many people come to UKSA armed with transferable skills which are advantageous to their new careers. At UKSA, an average of 80 percent of students secure a role within three months of completing their training.